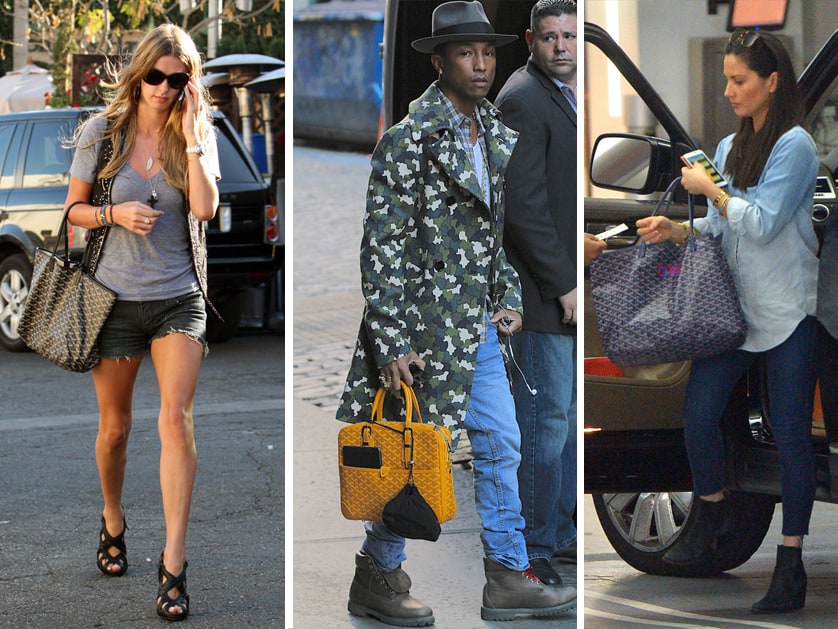 Established in 1853 in Paris, France, Goyard remains the oldest luxury leather goods brand and producer. Scarcity and secrecy lie at the heart of the brand’s heritage and history. Goyard continues to trade in the traditional way, that being in their flagship stores in London, Paris, Tokyo, and Shanghai, to name but a few with a very limited digital presence.

As Goyard is of the highest exclusivity, their handbag collections are only available in finite amounts, many people who desire these bags would need to join year-long waitlists before they can finally be united with their luxury, high-end piece.

It is no wonder that once your handbag is within your grasp, you are taking advantage of every opportunity to show this off to the world and celebs are no exception. Throwing back to the start of the decade, this was the ultimate luxury for celebrities, their favorite style appeared to be the classic Goyard Saint Louis Tote, along with many others. Heading into the 20s, we are predicting they will start making a comeback.

Here are a few celebs spotted on the high-street with a Goyard handbag:

Celebrities and their favorite designer handbags

Hollywood actress Ashley Roberts has often been seen accessorizing with her grey Saint Louis Goyard, personalized with her own initials.

Hilary Duff was photographed on several occasions with different colors of the Saint Louis Tote handbag. She has styled a tote throughout the year sharing one black bag and one in yellow to go with her different outfits in summer and winter

Even before they got together, power couple Kim Kardashian and Kanye West (or Kimye) had similar tastes in brands. Kim had been spotted showing off her Saigon Bag in the classic black colors whereas Kanye owned Goyard’s bespoke backpack in the same color combination. Their relationship was truly meant to be.

Also popular with singers such as Pharrell Williams, who was happy with his choice of briefcase; a yellow Goyard. Jet setting across the globe Rihanna was often seen with her Duffle Goyard to carry around all of her essentials when touring.

If you are wanting to look on-trend just like your favorite celebrities, then Goyard Dupe Bags are the way to go. Available in a range of styles, sizes, and colors and are of great quality at affordable prices the Goyard dupes are a fantastic handbag for you to look like these celebrities when shopping on the high street.

Here’s where you can purchase the Goyard Dupe Bags